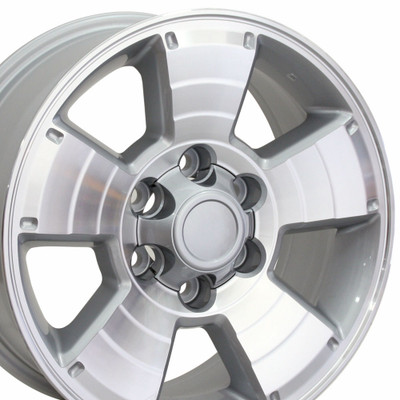 Finish: Silver with a Machined Face: The finish on this wheel is achieved through several different phases. The finishing process begins with a silver powder coat applied to the wheel. The face of the wheel is then precision machined using a coolant and ceramic bit. This method leaves the silver powder coat in the recessed areas between the spokes while creating a fine machined aluminum appearance on the face of the wheel. The final stage consists of two layers of clear coat. This wheel has a very professional appearance.